Yes it is enabled. Also, other browsers on my laptop handle even 4k60 just fine without causing heat ups. I would think brave is able to handle atleast 4k30. But yes, i’ve toned the res down to 1080p but still face heating + high CPU usage.
Also, the video starts becoming highly choppy after a few minutes of watching at 1080p30.

Hardware Acceleration mostly is utilizing on the GPU, so it increases the usage of the CPU.

So is there anything I can finally do to improve performance?

This goes for any browser,

Guess i’ll just have to wait for a fix sometime next year.
I’ll just be using edge in the meantime.
I’ll be praying the next time I use brave, this issue would get fixed.
Thanks for the responses!
(I’ve also already tried everything you have mentioned. Not much effect.)

Nope, extensions do NOT apply to the performance, creating new profiles/using Private Tabs also do NOT apply to the performance, less active tabs may work, updating GPU chips can be really good in some circumstances, but it happens rarely to upgrade it on the internet, and running fewer applications may be good, but if it is for other apps, for example like Office, then, that won’t work, but if you use fewer applications on Brave, it doesn’t do much.

Nope, extensions do NOT apply to the performance 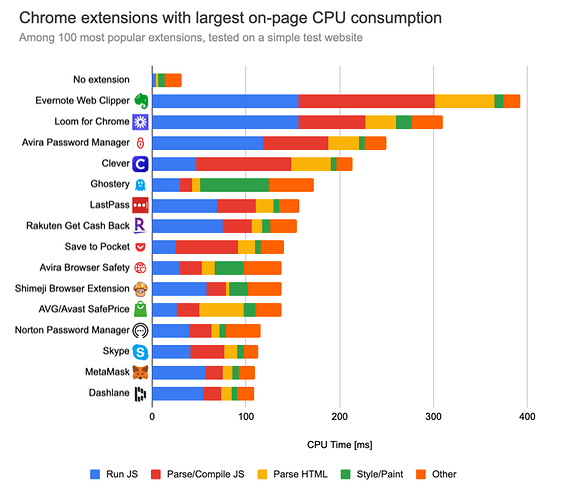 This article looks at how 1000 popular Chrome extensions impact the performance of the browser.

This would only apply to Chrome, not on Brave, even though it is built off of Chromium.

PS: rs_myst has also said not much effect even when he tried all the methods you mentioned.

We use Chrome extensions, so a greedy Chrome extension like (Honey or Dark Reader for example) would also impact Brave. We do remove a bit in Brave, but we’re still Chromium based.

How to Set Preferred GPU for Apps in Windows 10

For any users still encountering this issue: We apologize for the inconvenience and hope it helps to know that we believe we’ve found the issue – we should have a new version with the fix out as soon as we can. In the interim, if you go to: brave://flags/#brave-adblock-cosmetic-filtering , enable this flag and relaunch, you should see CPU usage improve. Please let us know if this is not the case. Thank you.

Hm, interesting. I think you guys should probably dive more into the browser to actually see with these extensions and stuff.

Ideally these extensions should improve. We have no control on how they are developed, only hope they’re optimized for CPU/Ram. Keeping the an eye on the problematic extensions and finding alternatives, and limiting the amount of extensions in use (the more you use, the more system resources it’ll use).

Even with my current setup (32G of Ram, High end CPU/GPU), In my case I’ll only have 2-3 extensions enabled. I understand it’s not realistic for everyone, but I try to keep Brave resources in check.

Some extensions have improved since the 2020 report , which you can compare to 2021: 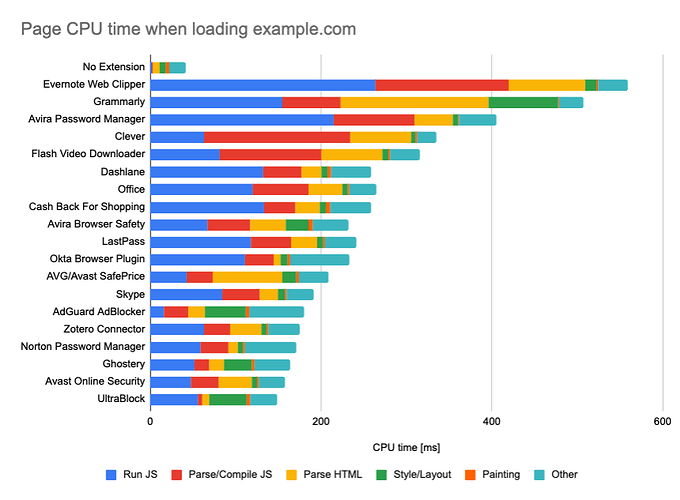 then how come edge chromium doesn’t have the same problems if it’s built off chromium?? I understand there’s probably some underlying issue but it surely can’t be with the extensions right? Edge has the same extensions without eating up CPU and burning my laptop down.
It really is a pity. I really do want to use brave but this is pretty much a make or break.
I’ve also seen issues like this on posts from a year or 2 back. So this issue isn’t exactly new either.

When playing youtube, is GPU acceleration used? and which GPU is it?

I have an Intel(R) UHD Graphics as my GPU. When I watch a YouTube video, the usage of the RAM increases by like 200, while the CPU also increases a bit, I also had Hardware Acceleration disabled. Any way to improve this?

I am kind of disappointed that Brave still hasn’t fixed the issue. The high CPU usage on Youtube has been a long complaining issue from many users. My CPU fans spinning likes crazy whenever I land on a youtube video. Please treat this as a P1 or P2 issue. I am using Brave because it used to be a resource friendly browser and have been using it way before they offer BAT token.

I only have 2 extensions on my Brave.

The efficiency of the browser vendors’ GPU implementations depend more on the driver and the type of [browser] optimization than on raw hardware power.

How to Stop Chrome From Using All Your CPU

Two of the suggestions, are available: 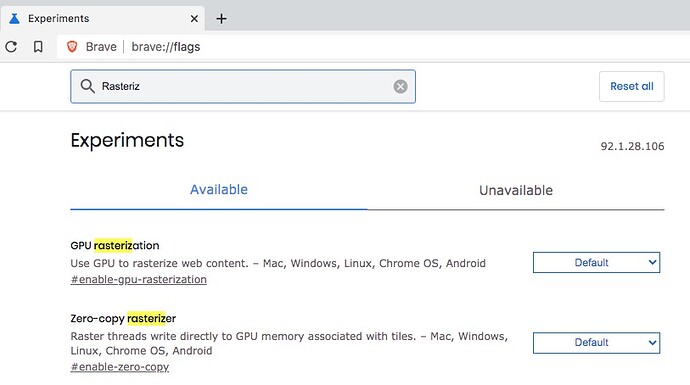 The Zero-Copy Rasterizer “requires hardware accelerated Native GpuMemoryBuffers” — and I am not sure how you determine if those buffers exist.

During a 1080p60fps video, Intel HD graphics 620 usage goes up to 45% while my dedicated AMD Radeon R5 m430 card usage goes up to 25%.
I’ve also tried forcing hardware acceleration to be enabled and CPU usage still spikes all the way to 70% before averaging on 60%. In this case, GPU usage is also still at around 30% on my dedicated.