Hi. I was trying to watch a movie in FILMIN, but and add appeared in which Brave was advicing me not to accept “DRM Google”, or something linked with Google’s rights on the film I wanted to watch. I decided to accept that thing from Google but now I would like to desactive that thing. Brave also said in it’s add that I can change my preferences later. How can I do that?? And where?? I don’t want Google to bring me problems with Brave. Thank you.

@lileka,
I believe you’re referring to Google Widevine. I believe that it can be uninstalled simply by toggling the following option in brave://settings/extensions “off”: 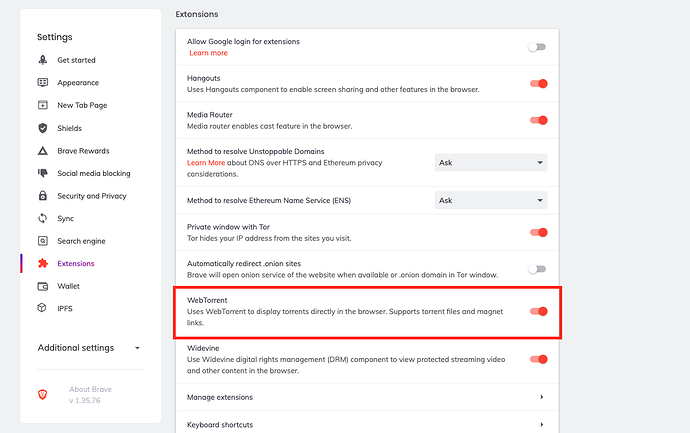