Maybe it isn’t suppose to and it is already a dead end but I thought I would give it a shot.
I read this one

https://helpx.adobe.com/flash-player.html Shields are down notifications allowed flash allowed autoplay allowed Page has been reloaded several times says Flash player installed but not enabled no animation at the bottom of the page Version 0.70.122 Chromium: 78.0.3904.87 (Official Build) (64-bit)


So I found where to disable Hardware Accelleration
brave://settings/system and turned it off.
unfortunatly I still get the icon that says “This plugin is not supported.”
when I click on the lock icon is shows flash enabled.
I installed the flash plugin from adobe for Fedora.
I am using Fedora 32
Brave version 1.15.76
trying on page

@PenguinJeff,
Have you clicked the “puzzle piece” icon in the address bar when Flash is requesting to run?
Note the instructions I left for another users on here:

Pokemon planet - this plugin is not supported2 Desktop Support

@jfaquino101513, That seems strange – do you have Flash updated to the latest version on your PC (note that Flash is being depreciated soon)? If so, I would suggest clearing any/all permissions you’ve set for the site, then logging in and configuring them again. Try the following: Go to pokemon-planet.com/game.php Click the “lock” icon in the address bar Click Site settings then the Reset permissions option on the next page (the browser will likely ask you to reload the page, make sure you …

Which one? if I click on the one on page it does nothing. If i right click I get a menu with the following options “hide this plugin, and inspect” I see what looks like a puzzle piece near the hamburger icon I see an option there to manage extensions? If I go to extensions I only see a Fedora user agent extension.

Actually there is no puzzle piece in the address bar. 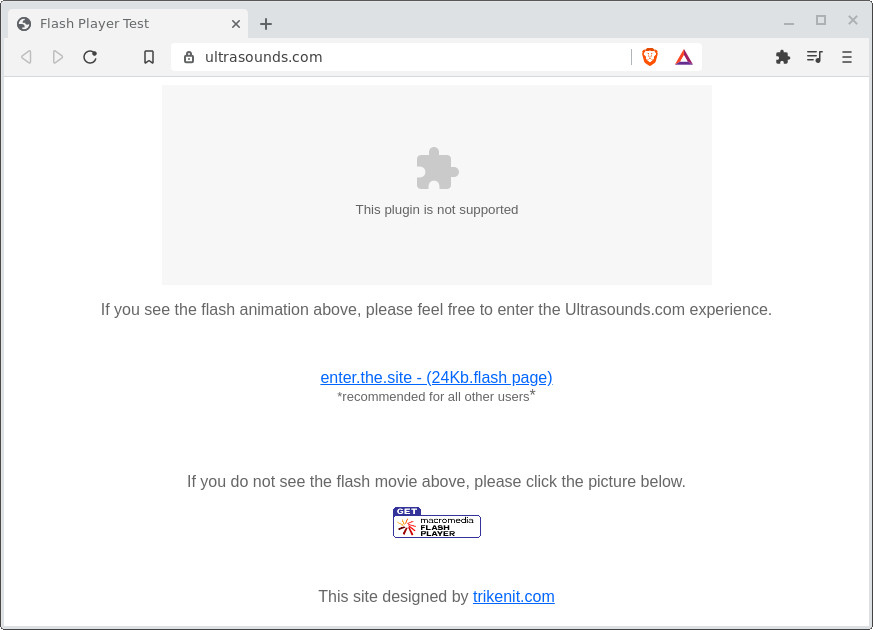 go to brave://settings/content/flash
then make sure flash is enabled there

hope that help and have a nice day

Still no change. I set it to ask for the default. When I restarted I had a bar at the top warning about flash being disabled at the end of year. But when I went to the page I posted above I get the same thing. I went to the lock icon and changed it from ask to allow and then reloaded but still same appearance as the picture I posted. I suspect that adobe installed the plugin where brave does not know where to look for it?

@PenguinJeff,
Can you try clearing cache/site data for the site you’re trying to enable Flash on entirely, then reloading it and trying to allow flash step by step from a fresh start?

I went to brave://settings/privacy
clear browser data
and cleared it for the last 24 hours.
Pain logging back into everything this is the first day for trying Brave.
Testing page now. And I get the same behavior. hmm.
Maybe its a Fedora thing? I think I’ll need to use an older version of firefox anyways since I need to use it for some work testing pages. Although it has been so long I’ll have to fight with firefox as well. I will rightup bullet proof options for users.

Thanks I will try this out

did you closed brave before install flash

How do I manage Flash audio & video?

The Adobe Flash plugin lets you hear and see Flash audio and video content on Brave on your computer. Note: Adobe will stop supporting Flash at the end of 2020. Let sites play Flash videos, animat...