English speaking Users - Listen to this

Hey all. This last Community Call covered some of the questions people have been asking. I can’t say they have complete answers yet, but it does let you hear the official replies. If anyone is willing to type up a transcript or to summarize it, would be appreciated as it will help those who don’t speak English.

Also, share your thoughts and opinions on everything they talk about! I want to hear what everyone thinks and if there are any big questions that isn’t addressed. Actually, @Aman_M , @Chocoholic, @289wk, @maniesh, @Cored, and others. Kind of curious on your thoughts after you hear the call. Did it answer some questions?

If anyone is willing to type up a transcript

But still requires a lot of curation for posting which I did once on reddit and was painful.

I’m not seeing that option. Are you using it in YouTube app, on Brave, or what’s it on for that option to appear? I’ll have to toy with devices to and see if that makes the difference, just wanting to make sure I’m looking right place(s)

Yeah, that was for youtube in desktop. In Android, transcription is shown in video discription (that little down indicator) but I think to copy it you will have to switch to desktop.

I can use it on YouTube when opened through a browser, try doing this.

Click that gear wheel, goto “Untertitel” (Subtitles)
and in my case if have to click on:
“Englisch (automatisch erzeugt”) 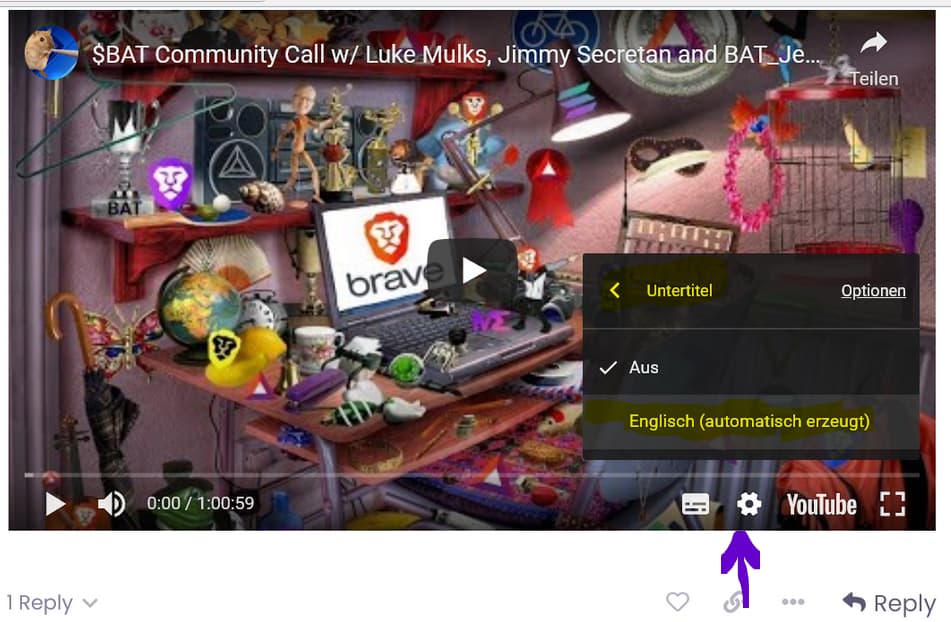 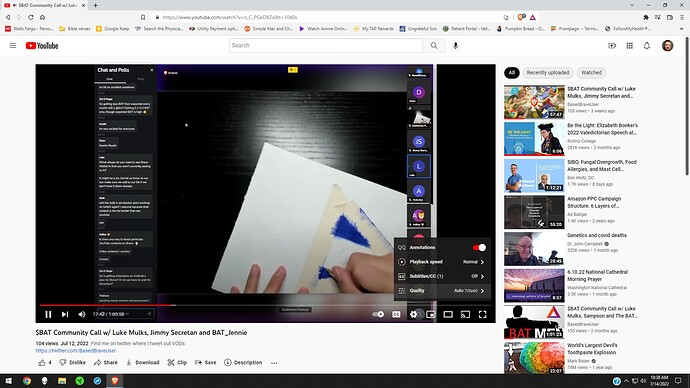 So yeah, originally thought it was supposed to be in the gear thing, where you turn on subtitles. Wasn’t seeing it there, such as what @Murphmeister showed. But I do see it on desktop (wasn’t seeing it on iPhone).

But at least it’s there on desktop like y’all said, which screenshow below: 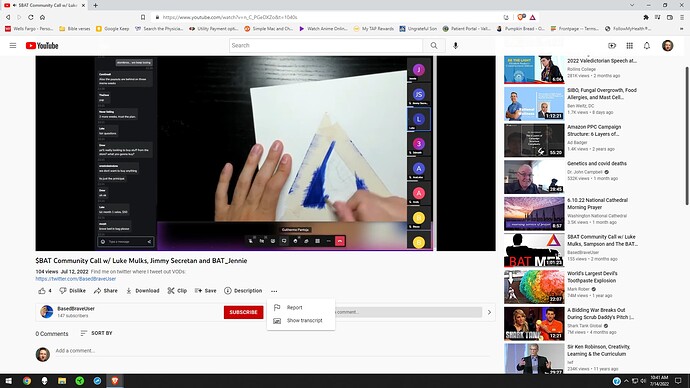 iPhone though, you see below:

As i’m not an native english speaker i use it from time to time, if im not sure if i correctly got what’s beeing said.

I also tried using it as a subtitle for my native language.
Sometimes it doesn’t make sense, because the context is “killed”.

It’s a little bit hard to read, because it’s displayed word by word without punctuation.

As it’s based on a.i. it’s impressive to see the speed of improvement.
Worth a try, it’s gettting better and better.

Thanks for tagging me here man. This is good. I was on vacation so almost could never check anything here.

Just wondering if there’s any update to this? @Saoiray

Just wondering if there’s any update to this?

Well, in this last call we got into it a bit more, but they haven’t uploaded the YouTube. I have been trying to put more recent updates and info over at PSA: Unsupported Region

Currently there’s Uphold paused for everyone in the world. They hope to resolve that over the next week or two. Once they fix it, this will revert back to the 19 country restriction.

As to restoring Gemini and Uphold to the rest of the countries, they will doing priority. France and India are top of the list. Then others as fast as they can. It likely will be a couple months before France and India, but time will tell if maybe sooner or longer. (maybe other countries beyond France and India will be added in the same timeline)

Some countries, such as Vietnam and Philippines, will take much longer. They don’t have an overall timeline when to say all regions will be added again.

Currently there’s Uphold paused for everyone in the world

Damn this is very upsetting. And somewhat relieved they putting France and India on somewhere top of the list. I can see there are still a lot of confused people here especially from India region.

I feel like for India though it’s gonna take some time. There’s new president arriving in the office and also getting some minor changes in taxes so not sure if these things are linked but I have a feeling it will take months for sure unless brave resolves it unexpectedly.

Thanks for summarizing it. Looking forward to this other thread.