Enable do not track on desktop not found

This is the guide i followed. Is it outdated?

Well, seems like the support page is outdated, it is in brave://settings/cookies

But you should understand it is mostly a useless thing to enable it anyway. Most websites won’t enforce it and it is pretty much just another way to track you, since you have to make smoke signals to say “hey please don’t track me!”. All these stuff is just as useless as the cookie notices we all have to suffer and now we are all trying to get rid of, because of clown EU clownpoliticians.

But you should understand it is mostly a useless thing to enable it anyway. Most websites won’t enforce it and it is pretty much just another way to track you,

It is not useless in all cases. 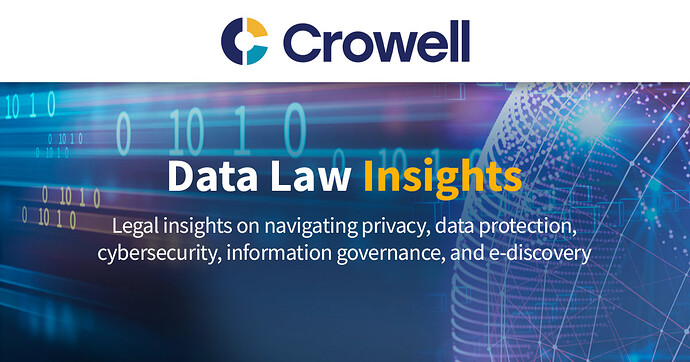 $1.2 Million CCPA Settlement with Sephora Focuses on Sale of Personal...

On August 24, 2022, the California Attorney General’s Office announced a settlement with Sephora, Inc. (Sephora), a French multinational personal care and 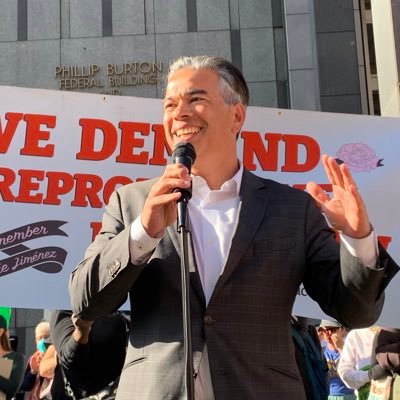 @AGRobBonta
NEWS: We reached a settlement with @Sephora for failing to disclose that it was selling consumer data, failing to honor requests to opt-out of sale, and failing to fix these violations. I hope this sends a message to businesses not complying with the #CCPA: CADOJ is watching. https://t.co/AykCylWTZN 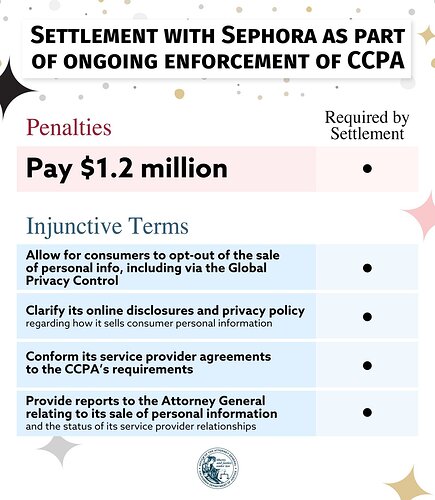 Sephora was fined 1.2 million $ for not following DNT via CCPA law. They corrected it and have started following DNT/GPC.

Well, that’s why I said most sites don’t enforce, but I really mean to say it is pretty much useless because look at the list of websites that support it, it’s actually pathetic https://allaboutdnt.com/companies/ an almost complete waste of 3 seconds of life enabling it.
Since Brave already has the best native adblocker out of the box, blocking most trackers, do you think Do Not Track will change much? it’s like imagine the way people get tracked when they use a browser without an adblocker!

You can find many articles about how it was never really good from the start, and while it is a 2018 article, not much has changed from that https://gizmodo.com/do-not-track-the-privacy-tool-used-by-millions-of-peop-1828868324

Talking about your links, well, they don’t mention Do Not Track, but more for general privacy laws in California, Do not sell my information/data, which are just a clownshow as any other similar one in other places in the world.
Similar tactics: politician fakery job at its finest, with fantasies and sweet words to deceive you and make you think they care about you and government is your friend, and they will protect you from the evil companies tracking you!!
When the government literally knows everything about you, and wants to control even controls every aspect in your life, especially if we talk about California.

But just think: who gets the money? politicians/governments fining companies for millions and billions or some ‘powerful’ people who have nothing to do with normal people, they are just attorneys, law firms or friends of all those politicians and judges and etc etc, working together for their benefit while looking good for the media, like worst than the mafia, since it is all fakery because the reality is it is all about their pockets while the normal people will not get anything from it.

Not even privacy, because Governments track you in every possible way, so no way they care so much about you and your privacy.
Just think about this, Silicon Valley, with companies like Google and Apple playing superior beings with your data/information, and they help the government to track you, so that’s why it is a hypocritical political clownshow.

I doubt it was even proven they really were selling anything, but sometimes it is better so settle and for them it looks good for their image if they ‘win a case’.
I mean, you can easily see how many Chinese companies have been banned over “they might give data to chinese gov” with no proof of that, just assumptions, even Opera suffers from it! when it is clear they don’t do it. In this case Politicians always need to make their boogeyman, while throwing the stone and hiding the hand and people falling in the trap.
They only see $$$$ behind their actions, like do not track and cookie consents and all that and you will get better protection by just using the adblocker and blocking every non-breaking script.

Of course it is my opinion and not trying to convince anyone, I pretty much replied why the DNT option is useless and how your links didn’t mention it, I was reading the lawsuit PDF until I couldn’t handle it anymore.

"the nine most terrifying words in the English language are: I’m from the Government, and I’m here to help. "

Anyway, talking about Brave adblocker which I would rather mention as a last thing, since there are good news and it is a more effective tool to stop tracking than anything that was discussed here like laws and DNT and GDPR and all those lalaland terms.

Yesterday’s Nightly, Brave released Adblock update 0.6.0 with proper $redirect and $redirect-rule support, which means some websites will stop tell you to turn off your adblocker (it was only done through custom rules as a workaround and it was mostly google scripts) and brave doesn’t have to whitelist those scripts that might track you anymore, so they will get properly blocked/redirected now.

Also $removeparam is now supported in Brave, which means some tracking done by some websites through the parameters in the URL, will be reduced. Not perfect but works.