Just to be clear
a) what environment? (Windows, Android, Mac, Linux, iOS phone, etc)
b) “which” x to close? For the window, or for a tab?

They both (titlebar x and tab x) look the same to me (well, except for Opera). Granted, titlebar icons should all match because those are controlled by the operating system / desktop environment. Anyway, the tab x’s all look the same to me (though Firefox’s are a tad larger). 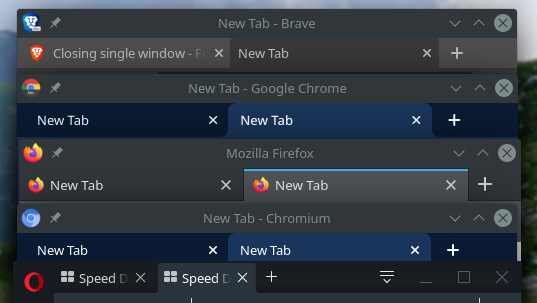