[BUG?] The size of updates

Before many many years (6 years ago), Google introduced the “Delta updates” to the Play store.

Instead of downloading the whole APK each time an app is updated only the changes are downloaded as a “Delta update”.

Why every Brave update has to be beyond 80MB ?
While Chrome updates are single digit updates. 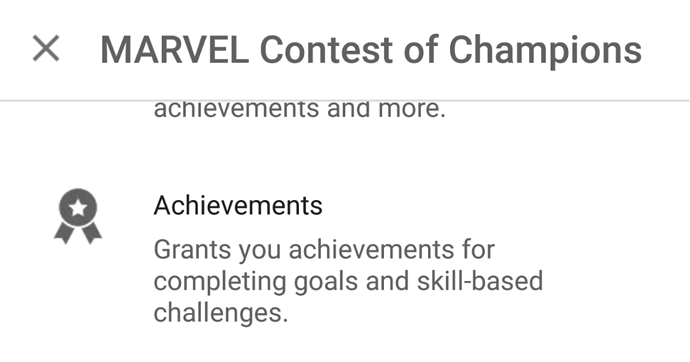 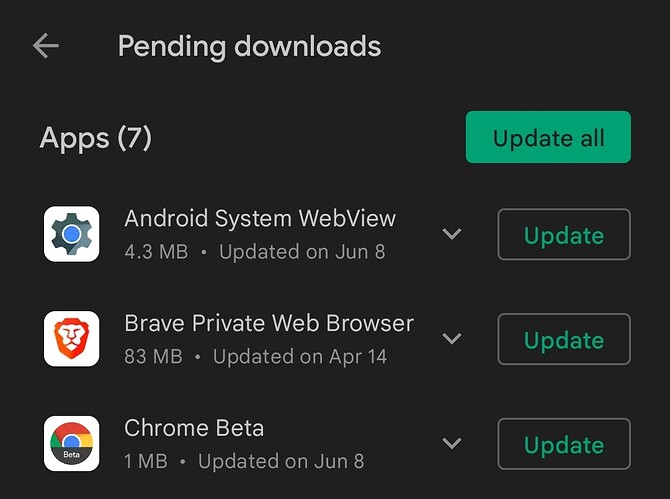 Actually “Delta updates” was introduced way before 2016 where it started actually showing the update size, which wasn’t displayed in play store until 2016 but the technology was already implemented.

Is anybody else getting large update size when updating?

If you are reading this, please share your update size on Android Play store.

I had update sizes of 80MB and 40MB on different Galaxy phones.
Both stable channel.

@Pringles,
I checked my latest Google Play update and that was version 1.39.123 — not my current version due to issues and me trying to solve them by sideloading pre-releases but I digress.

The update was 2,84 MB so something’s not quite right on your end with the sizes of the updates.

on all my devices, other browsers (Chrome, beta, WebView) are fraction of the update size of Brave.

This is on my older device, Nexus 5X Android 8.1.0
All browsers about 80MB, really strange.
What’s going on? 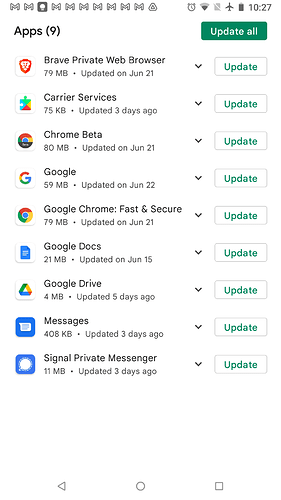 This is the biggest difference in update size, both updates from same date. 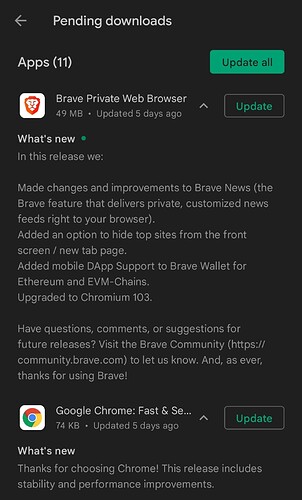 Should this be moved to “Android Bugs” ?

this is on my Galaxy A30s
again, huge difference between Brave and other browsers/apps. 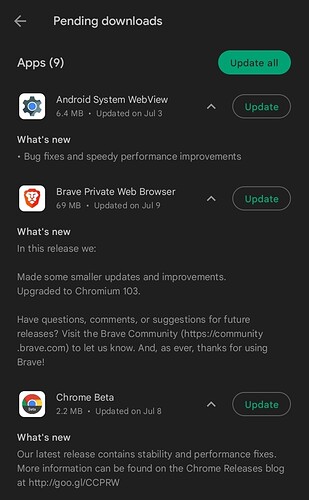 My most recent update was 58mb, which seemed oddly large.

OP has a point. Apparently, not every app on Play Store can get delta upgrades. @onkarjha2003 Can you share your model version where you are getting single digit Brave update size? 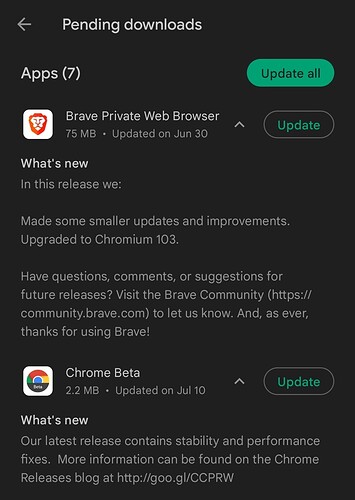