Description:
Between 1-3 Twitch .tv tabs keep opening. After Twitch discontinued support for any browser that were not Safari, Chrome, or Firefox… this issue began for me. Going on months of troubleshooting now… becoming an obsession apparently.

How can this issue be reproduced?
Happens anytime a network or blue tooth is disabled or enabled. This issue persists after all extensions removed, cache clear, network disable, app reinstall, even windows restore.

Additional Information:
I’ve spent about 300+ hours trying to solve for this issue. Reporting the line in app with zero replies. No support channel to reach out to. Had to make a communities account here, and don’t even know how to use all the UI. Would be WAY easier just to switch back to Firefox… trying not to give up on Brave.

you guys can keep hiding them or whatever.

I’m not trying to reach Twitch .tv in Brave. I know that is no longer possible

Says who? I just was able to watch both live and previously recorded things on Twitch with absolutely no issues. Shields isn’t able to block some of the ads that appear before content, but that’s a different story. 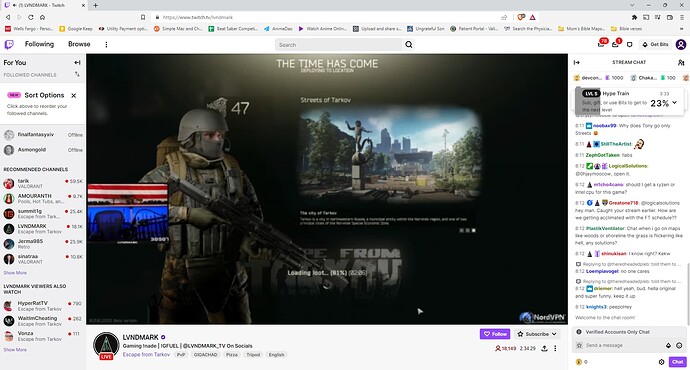 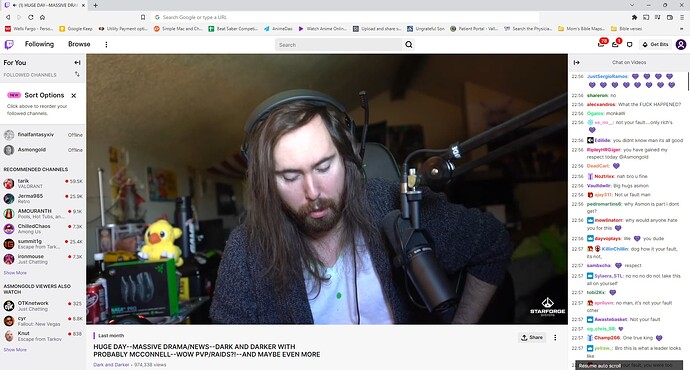 Have you done something like a Malwarebytes? This type of behavior makes it seem like some sort of adware on your device. Either that or you have a program/extension causing it. Nothing should just “automatically open.”

Reporting the line in app with zero replies

What are you talking about? Line in app? All support is directed here to Brave Community. So I’m curious where you’re saying you’ve been reporting or how you did it? (sincerely trying to learn where you’re contacting and if contacting a legitimate place)

Thank you Saoiray for the reply! I really appreciate your time.

Yes, I did get caught in the automated spam filter, and did not realize it was a filter as it’s set to appear as a user / mod. My fault as I don’t typically utilize community support channels. This makes perfect sense. I was frustrated that my post was removed.

Twitch Login Issue
So every time I logon to Twitch with Brave my creds were declined. Reddit users complaining they had to login with Firefox now. Had a few support threads with Twitch support about 2 weeks ago, and they said they cannot assist me with Brave, because they only support Chrome, Firefox, and Safari. Browsers with anti-tracking are not supported and discouraged, and that’s why they decline my login for Brave.

Something must have changed, since I go to login now to screenshot the login error, and it works. Wow. Ok. (Thank you Saoiray).

hey said they cannot assist me with Brave, because they only support Chrome, Firefox, and Safari.

Yeah, lot of times places give BS on that. Anything that permits Chrome will also allow Brave. You won’t really ever find anything that can run on Chrome but can’t be run on Brave. That said, they officially only test a handful of browsers and Brave isn’t one of them yet. They just tend to stick to the older browsers like you mentioned.

Good to know you’re seeing this doesn’t appear to be an issue. If you do end up experiencing something like that anywhere, feel free to come open a topic at #support-and-troubleshooting:web-compatibility and the staff here usually will try to make sure things get working.

Didn’t see you mention a solution on this yet. So guessing it’s something you’ll still be working on. I know you mentioned removing extensions, so wouldn’t think it’s that. But hopefully that Malwarebytes or other good scan for adware/malware can be done and might resolve. If not, will be a matter of trying to figure out what’s running and popping open links.

I have run Malwarebytes a while back for a small issue on a previous Win 11 install I had, so could certainly be that again! Good to know the “auto open” is not intended behavior. Wasn’t sure for a while with all the new features.

Fresh install, no extensions, and default settings, but issue persists. Like the page is coming from memory somehow.

Ah yes might be the wrong place, but I’ve reported this (isolated) issue in-app using (hamburger icon) “Report a broken site” about 10 - 15 times. Made sure to add in my email address. I figured it was hitting the dev team somehow but didn’t want to nag them. Maybe since I didn’t have a Communities account it went into a black hole… not sure!

Greatly appreciate your suggestions. Thank you!! Going to dig more on the possibility of sneaky adware though, before I go completely nuts lol.

Ah, ok. Yeah, that goes more for them to test if a website itself is broken. It wouldn’t be related to your issue of something popping links. This stuff eventually would be seen but I’m not sure that they’d really reach out to you on it. Basically, it goes to the developers and not Support…and getting the developers to respond can be tricky. lol (though they do at least keep busy on stuff and fix issues).

Going to dig more on the possibility of sneaky adware

Hopefully find it. But yeah, there’s something you have that must be popping it. Wish I was smarter to be able to offer suggestions on how to track.

Do be sure to provide an update. If you figure it out, I’d like to know the culprit. If you run scans and don’t find anything, I’ll try to key in some people from Support to see if they have any ideas.

Understood and thanks for your help and suggestions Saoiray. Will report back if and when I find anything on that last tabs issue. Talk soon!