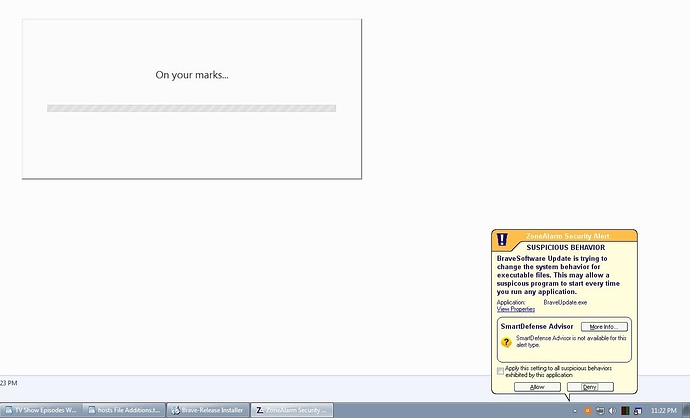 Welcome to community! Thanks for reaching out.

In an effort to narrow down the issue, is this the first time that you’ve installed Brave or did you recently update? If it was a recent update, were Brave Rewards enabled?

steeven, this is the first time I was installing Brave.

Seeing as nobody has provided an explanation to this possible SECURITY RISK I won’t be installing Brave web browser until such a time as I do NOT get a warning that “Brave software update is trying to change the System Behavior for executable files” during the install process on a future version.