I Like what comodo does on this video, so similar to this, Brave shields needs to be improved to be in par with Antivirus softwares. You cannot stop users from downloading files which could end up being a virus or malware but what you can do is (protect the system from sites which sets up automatic downloads, forceful redirects, cookie trackers, modification attempts… etc)

So Let’s say you introduce a new feature to Brave shields called “Sandbox Environment” on the brave://settings/shields page

While clicking on the Brave shields icon, add an option to always open the view with the “Advanced controls” being expanded.

As far as I know, brave already stops it via Google safe browsing (proxy requests)

Again, as far as I know, there is already a sandbox environment called ‘Ephemeral Storage’ https://github.com/brave/brave-browser/wiki/Ephemeral-Storage-Design. But, it is slightly different from what you are talking about.
Cookie security

i think you’ve missed the point

i was talking about websites which blocks brave shields from protecting 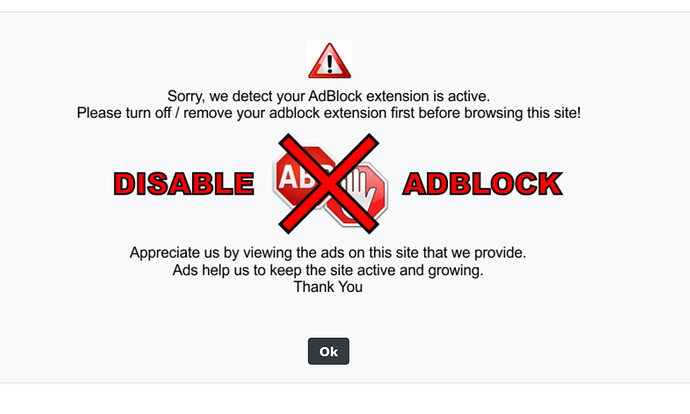 i have not added any ad block extensions, just the brave shields are the only one

if i turn off, there are lot of automatic forceful redirects, even if i click on empty spaces or any button… The button becomes clickable only during the 2nd or 3rd click 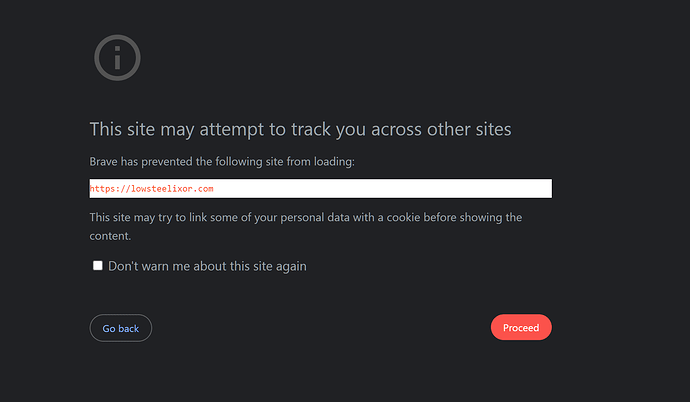 The point of this request is that to make brave work silently monitor every activity that website attempts to make and clean all the cookies modifications, site settings, placed caches as soon as we leave the website.

Brave Shields, while it’s being in a turned off state, should basically keep Queuing of what all should be blocked, what the website is attempting to invade privacy, What the website is doing wrong behind the scenes, what the redirected site attempted to do…etc and executing all the protection features as soon as the website is closed by performing the protection actions silently in the background(deleting all of the site settings for which the shields are turned off as well as all of the settings/files/values of a redirected site, wiping all cookies, caches, pixels, trackers, running a safety scan across all brave profiles to make sure nothing has been modified, and if a modification is made, it should revert everything in the background to a safety state)

fingerprinting should still be blocked even when the shields are off.

i am also looking for a new design for Brave shields in the settings page where it feels more like antivirus, malware fighter. I don’t use any antivirus so this will be good, Similar to anti virus definitions, live updates of shields filter list codes would be too great to see them changing in background in real time.

i was talking about websites which blocks brave shields from protecting

Keep in mind that both sides have professionals working and updating methods they used. Always is a matter of building the better mouse trap.

We offer many levels of protection by default.

All lists are open source, and many are used by other ad blocking/filtering software. We can’t block all malware or its servers, we block some. Ideally using a decent Antivirus/anti-malware in combine with shields. should offer decent protection.

The fact you also get a warning “This site may attempt to track you…” is good, rather than just forward you to the site.

We can’t block all malware or its servers, we block some.

That’s the point which i was referring to, Brave needs to be in par with Antivirus softwares(That’s what i call it as improvement, For Example, Brave Shields 3.0)

Brave Shields Should just stop being treated as “Advanced ad blocker” and move to the Next level of being an antivirus/antimalware software level kind of protection built right into the browser where blocking ads, trackers, scripts, cookies are just sub parts of the Brave shields features.

As for the usage of dedicated antivirus software, No I’m not really interested because i had a bad experience with Kaspersky which i faced in 2019. I once installed the software and run a system scan and selected “fix”, on the next reboot, system never booted, it completely wrecked the PC’s C drive.

on the next boot, i ran into an error

The drive where Windows is installed is locked: Fix for Windows 8, 8.1, 10

I have never enabled BitLocker (even now) but still got this error, even for my PC, i don’t use a Microsoft account, i still use a local account with no password protection, no BitLocker, just in case if something goes bad and windows fails to boot, i can pick the drive out of the laptop, use an enclosure and connect the drive to an working computer to extort all the data inside the drive.

None of the above article fixes helped the damage done by the antivirus software, my Asus G750JX Which i bought in 2013 and still using now came with “2” 750 GB 7200 RPM drives, one 750GB drive is completely wrecked due to the antivirus and im only using the other drive as the “C Drive” which is used to be the “D drive” while the both drives were working.

i even use very less softwares, i will rarely install any new software(only if there is a huge necessity for it )

So yeah, Never going to Enable BitLocker, HDD security softwares and trusting antivirus softwares, installing them which often ends up messing up with internal settings of an HDD and activating BitLocker on its own where there is no necessary for me to have an BitLocker.

To be honest, I really love my Windows 8.1, it’s the absolute best version of windows with thunderous performance, even today, but it almost becomes unreliable and less trustworthy while an antivirus gets inside an system.

i am even planning to clone the drive just to make sure i have backup so i can use win 8.1 for the next 5 or 6 years by preserving the current softwares until Microsoft releases a better version of windows with very less to no bloatwares like win 8.1, also latest windows version icons are not as good as Win 8.1 icons, Hopefully the next version of windows will be better and offer feature to customize all icons to the classic ones.

i don’t care about Microsoft or other software developers stopping updates to Win 8.1, because all of the softwares which i need are already in a perfect state with all of the features which i essentially need and can live with.

Besides Windows Firewall, Microsoft monthly updates only has been dealing with security updates to Windows defender, So Microsoft’s push to update to win 11 by stopping win 8.1 support will not have any kind of negative impact. I’ll Still use Win 8.1 only. It’s too good, No stopping now until the most necessary/used software of a computer stops supporting
it (browser, Brave browser and chromium stops supporting)

There is only 2 ways an malware/virus gets into a system, one is by using other people’s portable HDD’s, pen drives which are often called as removable drives and another way a virus gets into the system is from the internet usually from a browser which we use. I don’t put other people’s drive onto my computer and thus no need to think about way 1, Only about way 2, So having Brave shifting their focus and interests to be in par with Antivirus software level kind of protection will give me relaxation and a sense of relief that Brave is there to protect the system even if Microsoft gets Lazy and drops support.

The Shields can have a dedicated page here, added into the top area like the Brave Rewards

if antivirus measures are taken and brave is serious about improving shields, i highly suggest to improve download manager as well where each file gets scanned by shields database before it gets saved onto the drive. Also, if a network error is found and download gets an error, there should be a option in the browser where browser automatically attempts to resume/retry the interrupted download for every 30 seconds due to an Network error/crash.

While its true some servers we block are also used in some Malware tools/websites. Any Adblocking tool will be limited in scope regarding malware, there is proper malware tools that do a much better job.

Also it doesn’t take much for a bad actor to register a bad domain to then open fake popups, on random porn/piracy/streaming sites. By the time its noticed by anyone, its too late.

Also Shields won’t protect the user who downloads a .exe/zip/rar from a torrent site, that then infects the system, creating popups, infecting all components of the pc.

TLDR: Using Shields with a anti-virus should be enough for most people. And a little common sense to avoid suspect downloads and websites.

Your is a good point, as to directly integrate something like google safe browsing into brave shields. But, it is upto brave team.