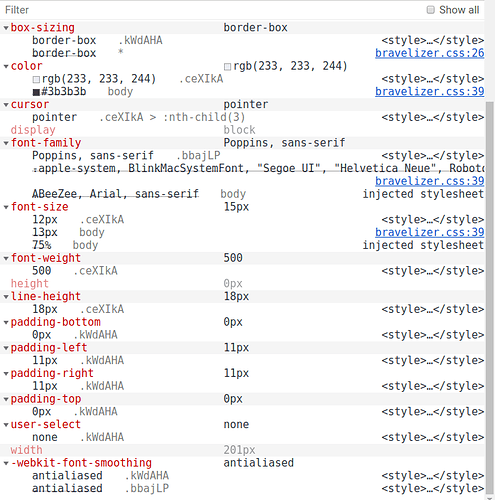 Thanks @hello. I would need some time to dig into this and find the root cause. Thanks for the patience and all the help.

We are trying to work this out to find the root cause. Thanks for the patience. This one’s been more challenging than other issues

To add more, I encountered this bug in Oct 2018 (brave-beta-bin-0.55.10-2), then I switched back to muon and It was displaying correcting in the old version.
I gave another try to the chromium based build recently and this bug persist.
So it should be lead by some old code before Oct last year. In case you’re trying to locate the bug.

This thread list all of the installed font on my system: Missing content in the Brave Shield

As best I can tell, as far as root causes go:
(please forgive me if I’m off base as I started using Brave yesterday) 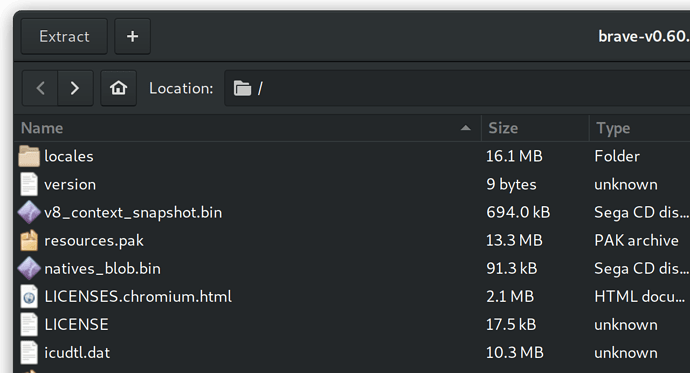 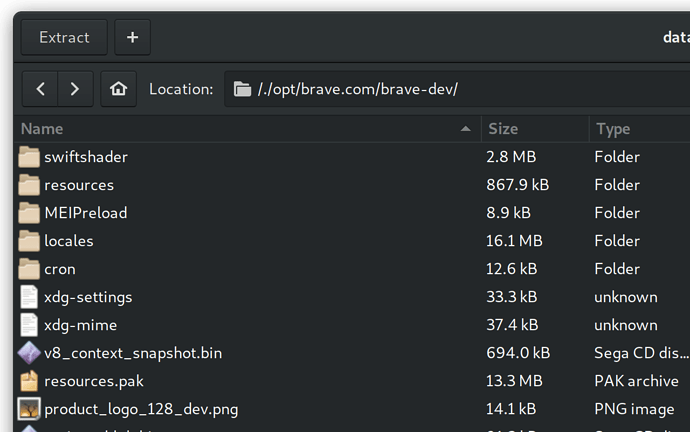 Specifically brave_extension resources and brave_rewards locales seem to be missing or packaged in a way they’re not being sourced correctly and loaded in the zip distribution.

I am unsure how to fix this in the build.

There are a number of conditionals and nested scripts in the build (source: https://github.com/brave/brave-core/blob/master/BUILD.gn etc) and I can’t work out which line or file is wrong/missing to correctly include this with the zip distribution.

(edit: sorry my screenshots are jank, some hidpi issue, but you should get the idea - please let me know if you want further information)

Thanks for narrowing it down the issue. We will fix this up soon

Confirming that a copy of the “resources” directory solves it for arch linux.

Is there a bug or milestone in Github that we can track?

finally the solution to get the text in the brave shield, well done rjocoleman!

EDIT: Ok, it appears that it actually just got fixed on 0.61.51, judging by the log. Current Manjaro repo package? 0.61.50. Don’t have the patience to build now from an unofficial source and manage that, so I’ll just wait for them… Nevermind this edit I read wrong.

The git discussion about this bug was closed and supposedly the resources were already bundled. However, the bug persists in 0.61.50, which was released after that.

I downloaded brave-v0.61.50-linux-x64.zip from github to check and it appears to be bundled:

But the same happens with the decompressed installation file (from the Manjaro repository, thus with the bug) of 0.60.45, which is supposedly from before that: 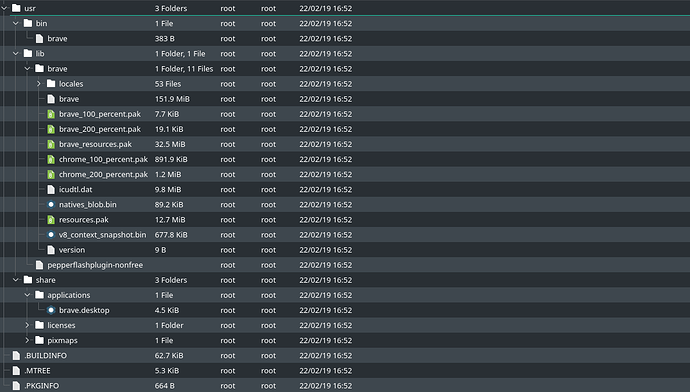 Can someone explain to me what is going on?

I am running the Brave browser (version 0.62.51) under Manjaro Linux. I installed the brave-bin package from the AUR. I am experiencing this bug. Will this get fixed in a future version? 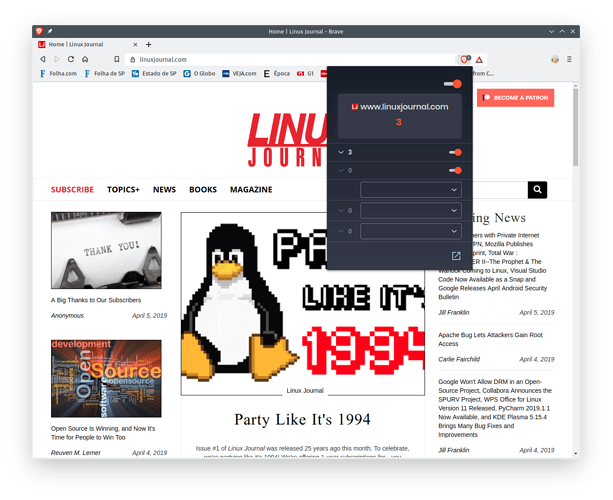 This github discussion (notice the “milestone” on the right, and the fact that it refers to an already merged commit) suggests that the current (0.63) Beta should have it fixed. However, the Manjaro official repo maintainers don’t really care that much about this browser, and so the official beta is still at 0.62… so I am planning on building the AUR Beta later this week when I have time.

I wouldn’t be very surprised though if it still didn’t work, given that the post isn’t very clear and that lately the staff has been fully avoiding us in this forum. And this issue being solved implying that they should have said something in here.

So, does 0.63 Beta have this fixed? Unless someone from the staff actually reads this and replies with a simple yes/no, I guess one of us will have to test in the mean time. If it’s me I’ll give an update here. Or you. Or whoever gets there first.

@YaZaZ,
I don’t have a working Manjaro install to test at the moment – I will look into this though. In the interim, cc @sriram as he should have input on this.

I am now running Brave version 0.62.51 (installed from the AUR, package: brave-bin) under Manjaro KDE. I can confirm that the issue is fixed in this version. Thank you. 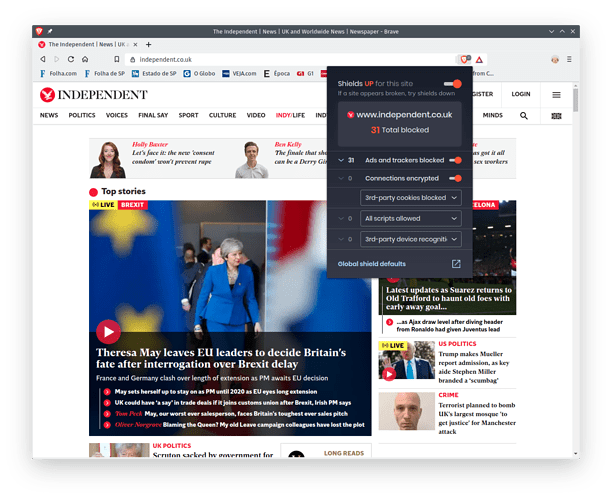 Thanks! Notice @jsbach, no need now.

(Sorry for the little rant, it’s just that you could have an internal changelog for beta versions and that would mean this forum thread should have been closed or updated - based on the modification that the zip file needed, and which technical details I don’t know. Plus the fact that you hadn’t replied in ages to a “changelog question” I already had here and another one in the sandbox thread that got answered by someone else meanwhile. Anyway, thanks for your hard work in all the other things! Don’t take me wrong, I understand how occupied you are.)