BRAVE does not start on my new MacbookAir M1

How can this issue be reproduced?
every time I try to launch BRAVE

Expected result
Brave is launched and I can surf the web…

Additional Information
I just have a brand new MacBook Air M1. So I never run any version of brave on it

You all have had troubles with successfully launching Brave Browser; and the following info may help you.

@ZiG-ZaG and @CiscoCampos have reported, that removing the “BraveSoftware” folder

The solution to this problem was exactly that, steps I took: Downloaded the package directly from Git Installed the Software Went into User>Library (it’s a hidden folder) Deleted the BraveSoftware folder Relaunched Brave and it worked normally.

@jelacou confirmed that, and states:

“The BraveSoftware folder is recreated when Brave is started, but does not prevent Brave to start anymore.”

@RunoE used a different approach (via the Terminal.app command line) in order to remove the “BraveSoftware” folder:

Found a solution. Open terminal and type “sudo rm -rf ~/Library/Application\ Support/BraveSoftware” Maybe its like a glitch or something

Three Mac OS Crash Reports have been posted re “failure to launch” problem. Brave Browser was the cause of all three crashes. (Also, Siri is having a problem; see “Siri troubles” later, below.)

Siri troubles – some discussion at MacRumors: 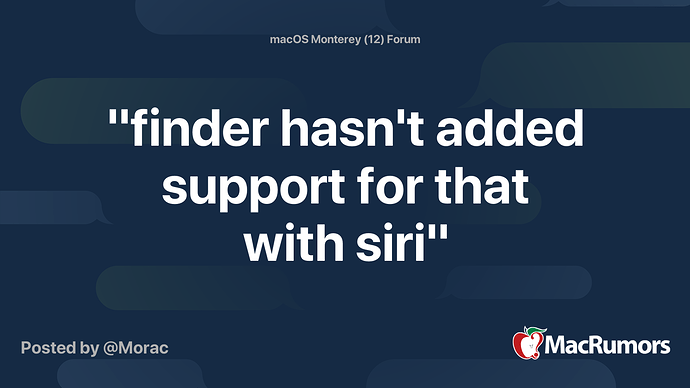 "finder hasn't added support for that with siri"

I installed Monterey on my M1 MacBook Air (2020) and now any time I ask Siri to open a folder or even open Finder it says "finder hasn't added support for that with siri". Any idea how to fix this?

PS: Over time, I found that it has been a good idea, to Restart a computer before installing an application, and letting the computer settle down a while (after the Restart), before running the installation. (For Windows OS machines, create a System Restore Point, before that installation.)

@Steve122 – Not picking on you . . . just considering your M1 Crash Report as an example: Your computer appears to have been brought out of Sleep, prior to the Brave Browser installation; but, better to do a Restart before installing.

You might consider Disabling Siri involvement with Brave Browser. You could Re-Enable, later, when things settle down, if you wish.

I can’t seem to find the folder, I have tried following the steps.

Happed to me. Open terminal and type in “sudo rm -rf ~/Library/Application\ Support/BraveSoftware”
like @289wk said I recommened closing the brave browser first.

Thanks for the info on this, I deleted the folder and it started working.

That’s good ! I deleted the App support folder and brave is OK