Today I wanted to learn the history and uses of the word ‘don’, in respect to a leader of an organization. Instead the results were about the ‘N’ word. What I searched was simply, ’ uses of the word don.
Pretty alarming, given the current climate about that particular word.

Huh… it’s not even one result. It’s a whole slew of them right at the top. Weird…

@solso, @sampson, and @Mattches Wanted to tag y’all in on this as it is weird and probably something to work on if possible. 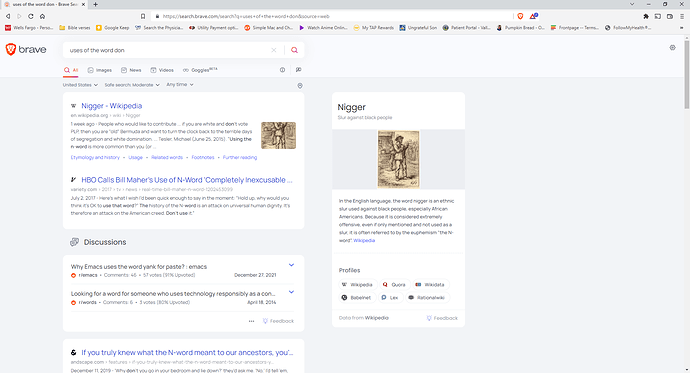 That’s a horrible return for results. Nothing even dealing with “don.” Compare that to Google… 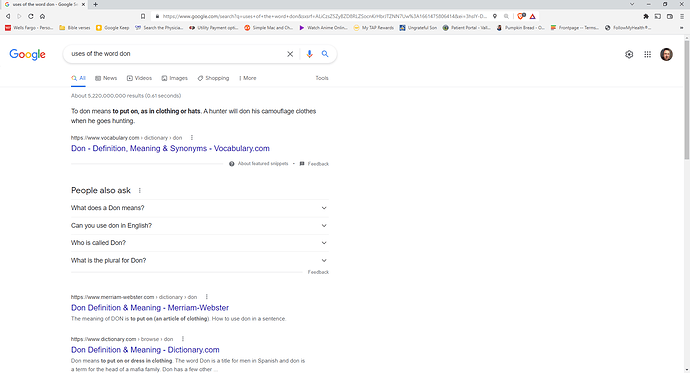 Not only sad that Brave Search had such an inaccurate return for search results, but outdated too. Wikipedia was week ago, then next newest 2021, but the rest were 2019, 2017, 2014. When you consider a movie just released this year by the name of Don and there’s a lot of other things closer related…definitely a good example of what I meant when I told Jan Piotrowski a few weeks ago on why I’m not using it as a primary search yet.

Thanks for responding, I wasn’t sure that people would respond on the issue.
Is there a way to email anyone at Brave directly with issues?

This is indeed a totally unexpected result-set, we will investigate why and correct. Thanks for reporting it.

I wasn’t sure that people would respond on the issue.

When things are shared in the right place and with all necessary information, there’s always action taken and/or a response. A lot of places where you see lack of response is because they are a repost, lacking information, because they are mentioning something that has been addressed many times before, or a combination of all that. Occasionally something gets missed, but then that usually falls to person who posted failing to comment again before it automatically closes.

Is there a way to email anyone at Brave directly with issues?

Emails aren’t generally a thing, no. Which method of contact you use all depends on the issue that you have and who you need to speak with. For Search, you did good putting here. As you see, Solso already responded. If you don’t know who that is, he is one of the primary people behind Brave Search. He’s been working on it for over 6 years now, initially at another company and then over here.

If it’s general feedback or bug reporting, a lot of that just is best done here on Brave Community where they can check when they have time. Sometimes support staff like Mattches, Steeven, Evan123, SaltyBanana, or whoever else will see those and if it’s significant enough, will relay the information to proper teams. The same can be said of Community Ninja. Even though we’re only normal users who spend time helping, we’ve generally been around enough that we start to learn who to contact if we don’t know the answers to something or it needs Brave to intervene.

If you have a problem you need fixed and it’s something that other users can’t help with, such as Rewards payments, then you’ll generally want to submit a support ticket. The base link for that is https://support.brave.com/hc/en-us/requests/new where you have 4 choices, but probably only 2 you’ll ever use. One is for Rewards/BAT related issues and the other is for General concerns. This will create a Zendesk ticket and you’ll receive a ticket number in your email. When staff gets to it, they’ll review and contact you with further questions or a solution.

So yeah, for most cases, I’d say to do one of those two. Either Topic here to report or a ticket. Then always able to get you connected to the right people.

Well, it looks like they made SOME adjustments, but still have some things to change. 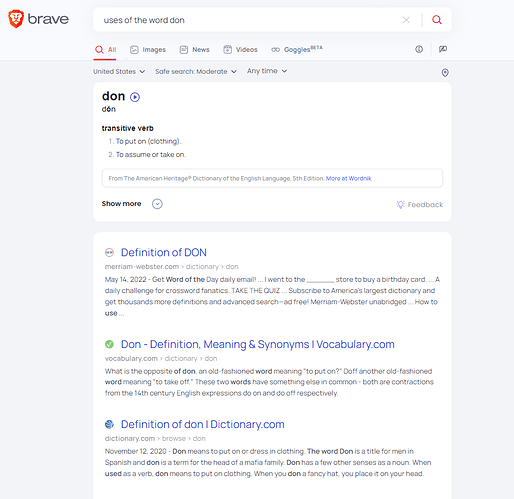 But once you scroll down, it’s back to the problem as reported last night. 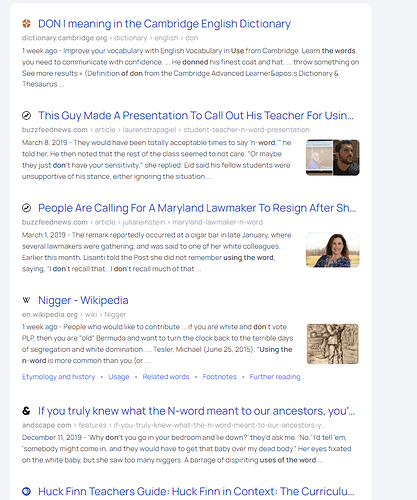 At least result differences shows they reacted quick to try to get some changes in there. Hopefully it will process and have some better types of results later. Also hopefully reporting on this lets them look deeper and tweak accuracy on other issues.

Thanks again for everyone reporting this.

They’re is something to be said about the quick response. Great job in that respect.

How do you suppose the search algorithm made that mistake?

How do you suppose the search algorithm made that mistake?

I don’t have a clue. That’s why the professionals there are looking into it and going to have to make modifications. About the only connection I noticed is almost all of the results had “don” in “don’t.” But even if it was pulling things by “don’t,” there should have been a TON of other types of results. So how it linked to the word it did overall is something I can’t imagine.

We have pushed additional fixes to address the issue.Thanks again for the feedback!