@Asad @steeven
The rewards program for the past few months have not been operating properly. 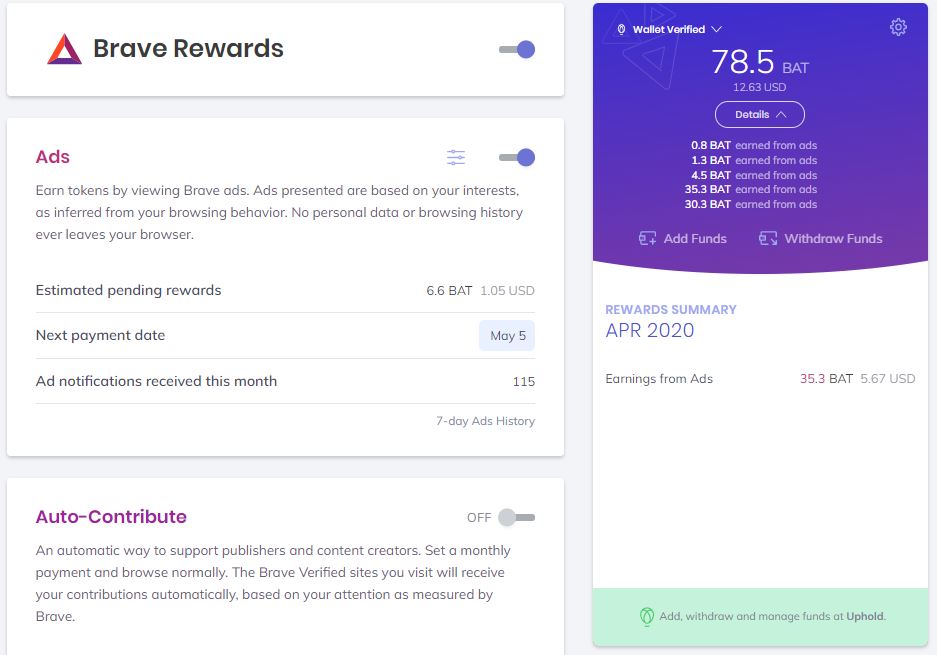 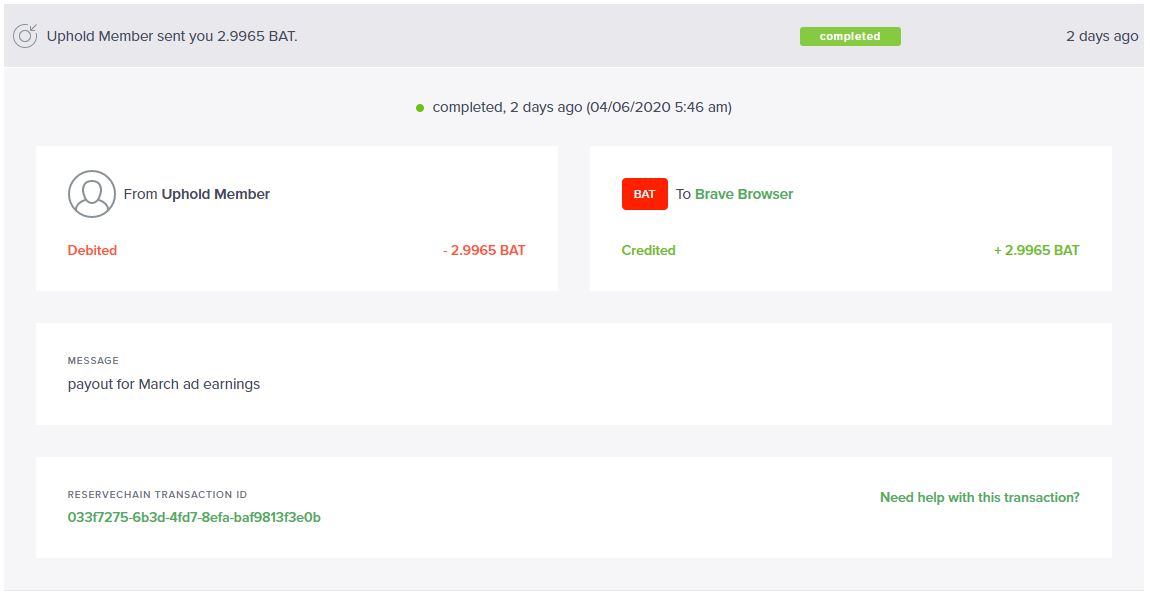 What the images show is despite me earning and being rewarded with 30+ BAT Tokens for the two previous months including April the amount sent to my Uphold account is not the amount I earned from ads but a far lesser amount.

For example, 35.3 BAT Tokens should have been deposited to my uphold account this month on the April 6 2020 but I only received 2.9965 BAT Tokens.

Hopefully, I can speak to someone from support so we can find out what’s going on and if its a bug or a manual transfer needs to take place.

Hi,
I’m sorry I can’t being busy with Brave, because I a have to hurry up with all the rest, but I got a message that there is a bug in some version of Brave, so that could explain it.

Hi @ewash2k - thanks a bunch for posting. The final payment was pushed out late last night - can you confirm that you have still not received the expected amount of BAT? Thanks in advance!

@ steevenBrave ads, never come up any more ever since i upgraded to Catalina

A post was split to a new topic: About Creator Payout

Oh problem solved for me

Sorry about the late response.
I still haven’t received the expected amount BAT.

Don’t mean to sound impatient know your busy but I’ve been waiting a couple for a response. Just in case you forgot about me. I responded to your last question, Do I receive the correct amount I was supposed to when the last payments were sent out. And I can confirm that I haven’t received the correct amounts shown under March & April Ads Earnings in the picture above. So what would be the next step?

Hi @ewash2k - can you DM me your Rewards Internal info? Thanks in advance!

How to DM you?

I’ve sent a message to Steeven about internal rewards information. Have you received it?

You should get paid out any remaining funds this month.

Keep in mind it’s normal to not be paid out your full balance in some instances – there is a one week period at the start of every month, and any BAT credited to you during that window will skip the current month’s payout and be paid out the following month.